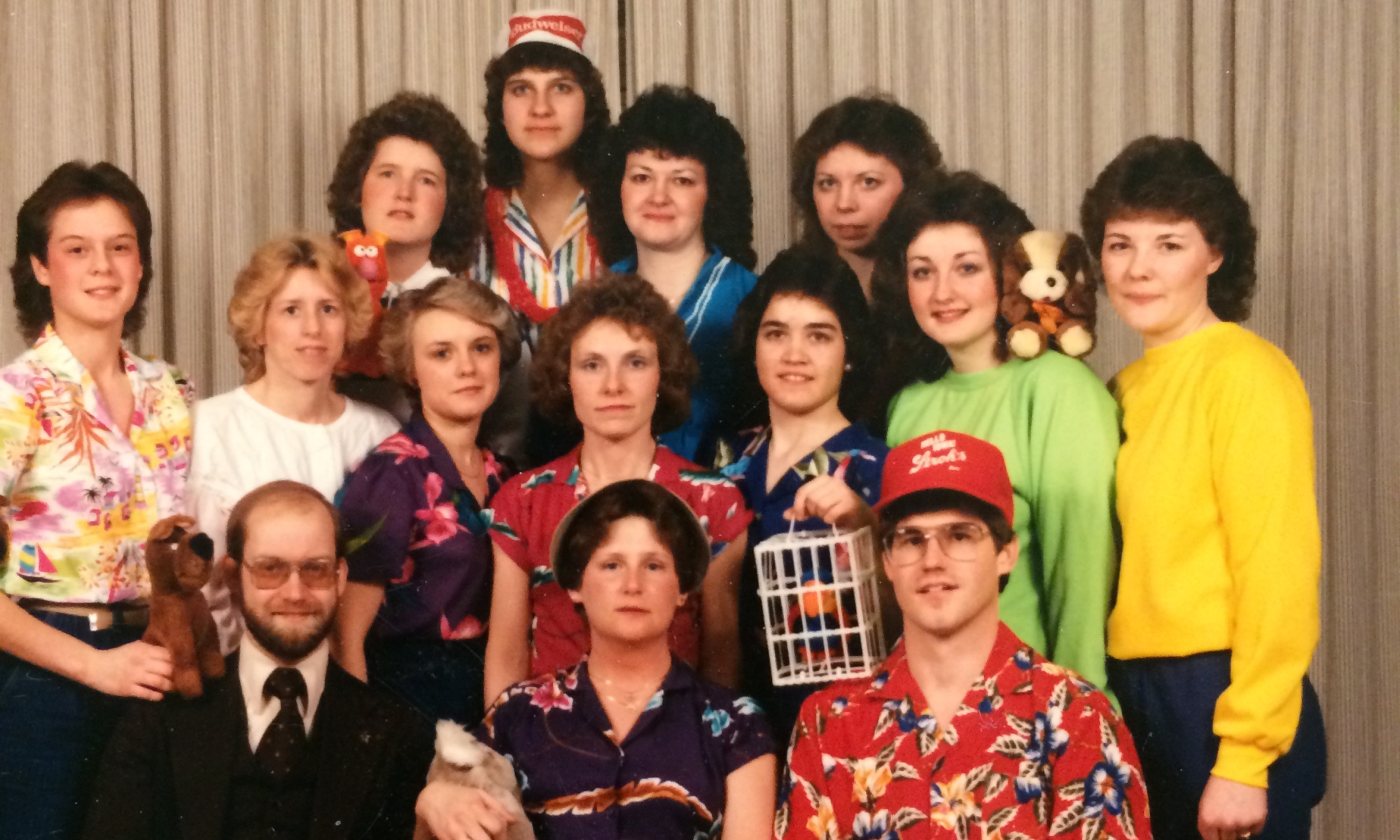 “I wish there was a way to know you’re in the good old days before you’ve actually left them.”

Thirty-five years ago this past week, my sisters and I started the road trip to my future. We left Waterloo, Iowa, stopped in Omaha to visit family, and continued on to Denver, Colorado. In less than a month I’d be starting my new job.

I was the poster child for not knowing what you don’t know–I’m pretty sure my picture has not been replaced.

This feels like such a big anniversary I’ve been thinking a lot about what to write. I’ve decided it needs to be broken up into more than one story so that’s what I’m going to do.

As I searched for quotes, I came across the one I’ve posted below and felt it said many of the things I’ve been thinking for some time. See if you agree.

“You’re innocent until proven guilty,” Mandy exclaimed, unable to hide her gleeful smile. She missed the way people used to have normal conversations, used to be more caring for each other than themselves, back in the Seventies and Eighties. These days, she realized, neighbors kept to themselves, their kids kept to themselves, nobody talked to each other anymore. They went to work, went shopping and shut themselves up at home in front of glowing computer screens and cellphones… but maybe the nostalgic, better times in her life would stay buried, maybe the world would never be what it was. In the 21st century music was bad, movies were bad, society was failing and there were very few intelligent people left who missed the way things used to be… maybe though, Mandy could change things.

Thinking back to the old home movies in her basement, she recalled what Alecto had told her. “We wanted more than anything else in the world to be normal, but we failed.” The 1960’s and 1970’s were very strange times, but Mandy missed it all, she missed the days when Super-8 was the popular film type, when music had lyrics that made you think, when movies had powerful meanings instead of bad comedy and when people would just walk to a friend’s house for the afternoon instead of texting in bed all day. She missed soda fountains and department stores and non-biodegradable plastic grocery bags, she wished cellphones, bad pop music and LED lights didn’t exist… she hated how everything had a diagnosis or pill now, how people who didn’t fit in with modern, lazy society were just prescribed medications without a second thought… she hated how old, reliable cars were replaced with cheap hybrid vehicles… she hated how everything could be done online, so that people could just ignore each other… the world was becoming much more convenient, but at the same time, less human, and her teenage life was considered nostalgic history now.

Hanging her head low, avoiding the slightly confused stare of the cab driver through the rear view mirror, she started crying uncontrollably, her tears soaking the collar of her coat as the sun blared through the windows in a warm light.”