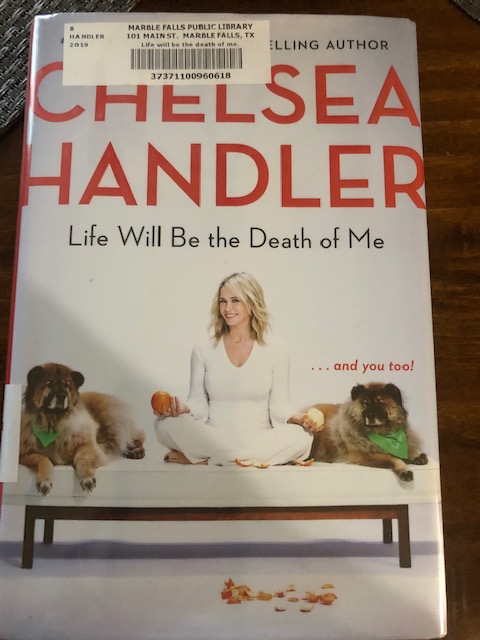 “Dr. Richard Selzer is a surgeon and a favorite author of mine. He writes the most beautiful and compassionate descriptions of his patients and the human dramas they confront. In his book Letters to a Young Doctor, he said that most young people seem to be protected for a time by an imaginary membrane that shields them from horror. They walk in it every day but are hardly aware of its presence. As the immune system protects the human body from the unseen threat of harmful bacteria, so this mythical membrane guards them from life-threatening situations. Not every young person has this protection, of course, because children do die of cancer, congenital heart problems, and other disorders. But most of them are shielded—and don’t realize it. Then, as years roll by, one day it happens. Without warning, the membrane tears, and horror seeps into a person’s life or into the life of a loved one. It is at this moment that an unexpected theological crisis presents itself.”

― James C. Dobson, Life on the Edge: The Next Generation’s Guide to a Meaningful Future

I’ve often said teachers appear when the student is ready.

Even though this is one of my core beliefs, I continue to be surprised when new teachers arrive from unexpected places.  Each experience enables me to continue on my journey in ways I would never would have foreseen.

It’s taken a lot of journaling before I realized I’d left parts of myself behind in order to survive. Now, in my year of awareness, I understand I must acknowledge that little hidden girl, setting her free so she can join in for the rest of our journey.

My sister, Sue, happened to mention a book she’d been reading. She felt it would be an excellent book for me to read. When she told me the author was Chelsea Handler, I was surprised. I didn’t know Chelsea had written a book. I enjoyed her comedy but because of our age differences, I never thought she’d have anything to say that would benefit me.

Sue had just started suggestion books so I thought I’d check this out to see if we were “on the same page,” so to speak. Luckily, I found a print copy of  Life Will Be the Death of Me.

Within minutes Chelsea had me hooked. Maybe it was her frank honesty describing her unusual family and the death of her brother, Chet. Whatever it was, I found myself comparing my childhood experiences with hers. I was reading her story furiously, stopping to think back on my own hazy childhood, as I learned from her hard fought insights.

These are the notes I made for myself and to share with you:

“I’ve been nine for a very long time. (Chelsea Handler lost her older brother, the person she idolized, at the age of nine).

That nine year old brain had no ability to distinguish death and rejection.

I didn’t know then that my brother’s death was defining me.

In therapy: I was with a person who could help me process what had happened and turn the parts of me that acted like a nine-year-old into a self-actualized adult who had come to a better understanding of what it means to dig deep and admit your pain–thereby beginning the process of relinguishing it. …my brother’s dying no longer had to define my existence.

I define me, no event or person does.

On her mother’s death: I felt bad that I wasn’t dreading my mother’s death as she (her sister) was–I just wanted to get it over with.

…I was forty the day I was born.

That’s my sister. Just loving and happy to be a part of things. Easy going. Qualities I had never given any thought to or admired. No demands for an apology, no hard feelings. Well, maybe there are hard feelings, but no feelings are hard enough to erase the love and understanding she will always have for me…

From her therapist, Dan: You just explained beautifully that you want people to take care of  you, so you’re always looking to fill that need because it’s something you didn’t have growing up–adult supervision and reliability.

More from Dan: Sad is your internal reaction, which turns to anger because anger sets you in kinetic motion to avoid the sadness of sitting there and not listening to music, and knowing your plans have been thwarted. Your anger is your way to avoid sadness.

Dan continues: You were a helpless little girl who had parents who left you alone too much. When something doesn’t go your way, you get angry because you fell that helplessness.

I have come to understand that motion had been cemented in my life at a time when I needed it to survive, and over time it became the only way I knew. It was my oxygen. I didn’t know how not to move fast, or how not to state my opinion, or how to just observe something rather than insert myself.

Just because I grew up with all the things I needed and never had any perceivable struggle, that didn’t preclude me from having the right to unearth my pain.

…He (Dan, her therapist) wanted me to live those moments slowly and repeatedly, to make sure the pain didn’t get stuck there again–to write it out.

Dan explained that in very traumatic times, you freeze.

You do the only thing you can do to survive the pain, which is to shut off and retreat to your own world, because if you were to absorb the pain from all the people around you or acknowledge your own pain, you wouldn’t be able to cope. So, you coped just like everyone else in your family…your coping mechanism was motion. Do something–anything other than sitting around with your feelings.

Regarding her father’s death: I felt sad, but not necessarily about my father. What I was pouring wasn’t just  my bother, or my father , or my cousin, or Chunk, or Tammy. It was mourning the childhood that had lasted years into my adulthood–because I got stuck. I was reconciling myself to the loss of my youth as a self-actualized adult, no that I had the tools to face it all—

Until therapy, Chelsea says: I couldn’t see that I’d adopted certain habits to avoid my deep pain. I cultivated a kid of hubris that allowed me to barrel through life, knocking over everything in my way; and then look back and be surprised at the casualties. Casualties represented weakness, or disloyalty, or people who couldn’t cut the mustard. I never took them as signs that maybe the common denominator was me.

Don’t let people decide what king of mood you’re gone to be in. Don’t let anyone change your life in one day. Don’t let death take you down and keep your down. Go down, but get back up. If we don’t give in to our despair–and instead lock it away–we fail to properly mourn the people we love. How on earth are we honoring the very people we are grieving if we fail to mourn them fully? We should be celebrating the people we’ve lost.

…I made it my business to unlock my nine year old brain and look at my behavior. That’s when the lights started turning on everywhere I looked. Chet’s death and my response to it became the blueprint I followed anytime I experienced disappointment with people…

I learned that adventure is never bad, but the alacrity with which you go through life has an impact on the wisdom that life has to offer you. That slowing down doesn’t mean you have to do less. It means you have to pay attention more and catch what the wold is throwing at you. That every situation you put yourself in deserves your full attention, and that each of us has a responsibility to be more aware of ourselves and others.

I learned that sayin nothing can be much more powerful than saying anything. To not work so hard at making an impression and to let things settle more. Some people’s lessons are to learn how to use their voice, or speak out more, my lesson is to keep quiet a little more and let things happen around me instead of me inserting myself…There’s power in adjusting your behavior and pulling back.

Strength doesn’t have to eclipse vulnerability. Vulnerability is strength…Being able to apologize is strength…the most important thing isn’t always the giant leap, it’s the steps you take to get where you want to go.

Your voice has meaning. Find something you care about that has nothing to do with you, and learn about it. Pay attention when you’re tired. Take care of yourself. Read more. Watch less TV. Find new people to teach you new life lessons. Be proactive.

Know that you have something of value that is unlike what anyone else has.

Go after happiness like it’s the only thing you can take with you when you die. Stand up for yourself. Treat yourself the way the person you love the most in the world. Get on your own team.”