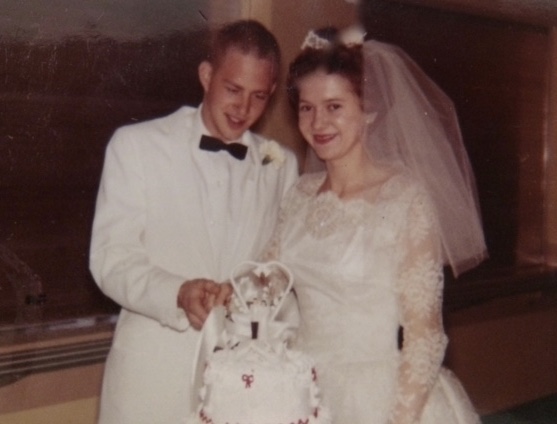 When I was young, a large part of my summer was spent at my grandparents. Knowing that was one of the best parts of the last day of school–I began counting down the days until I would be in little kid heaven.

I’m not sure who was more excited, my Grandma, my cousin Donna, or me? My Grandpa was working most of the time as a janitor/handyman for the owners of their apartment building which left my Grandma alone a lot of the time. Even though Donna was living with my grandparents full-time, she was not around much. She was working full-time at Woolworth’s as a waitress so she could save money for her late summer wedding.

The only person who was NOT excited about my being there was Donna’s fiance, Ronnie. Because I was there for a short amount of time, Donna’s goal was to see me as much as possible and keep me happy.

These goals did not bid well for Ronnie.

In order to keep some peace with her soon to be husband, Donna and I planned out our time carefully. Before she left for work, we would decide what time I would come to Woolworth’s and share fries and a coke. This summer was the first time I had ever had fries and a coke. I was feeling so very grown up–like a teenager, for sure.  After dinner, she’d promised, I could go with her and Ronnie for ice cream.

How could any kid be unhappy with those plans?

One of the neatest things about my grandparent’s apartment building was the fact it had a fire escape. Not only was it super cool looking, in a kinda creepy way, but people used it. Up and down the back of the red brick building, the jointed black staircase was broken into porches, little gardens with flower pots, and clothes lines.  This stairway was also very functional.  It connected the people in that building to a very busy back alley.

It was this alley Ronnie used as his personal driveway. Every evening he would pull up and honk for Donna to come join him. His chivalry was the point of many arguments between my cousin and my grandparents–an argument she rushed to avoid the last evening of my visit, by quickly jumping onto the window sill and out to the landing.

Try as I might, I was much slower than she–a point, I’m sure, only endeared me more to Ronnie.  His honks grew in length and in number–an action which only increased my anxiety about being on a mass of iron suspended off the side of this very tall building. As I dashed downward, I began to smell the rust and oil of the iron railings coming off onto my sweaty hands, I heard louder squeaks and moans from each landing and sets of steps as I ran across and down them, and, with an odd sense of relief, I felt the generalized sway of the entire structure as it seemed to push me off and onto the alley below.

Tonight Ronnie had his new car–a red and white convertible–the top was down. I scrambled in as he stepped on the gas and we raced, music blaring, down the alley and out to get my ice cream. It was my last night and we were celebrating!

Some of us much more than others.

My order for the night–a LARGE cone–make it a twist, please.

We all should have seen it coming.

It was summer. It was hot. The top was down and we were driving because Ronnie was tired of waiting for me. I was a kid with a large, melting, ice cream cone. I was sitting in the front seat–between them, naturally, when they pulled up to drop me off.

I knew I had used up all of Ronnie’s patience. I was going fast to get out of the car–the brand new car. Before anyone could offer to help me, I sat my still very large, now melting more ice cream cone, on the dash–over the speaker–

In slow motion, that large melting mass of ice cream toppled over–the mound of ice cream oozed onto and into the speaker, down the dash, over the radio, and drizzled onto the floor.

As I was running, I heard Donna say something like…it’s her last night….

I did not have time to worry about anything as I escaped upward.

As you can see by the photo, the wedding did take place….without any help from me.

I am…(now hungry for ice cream)